9 Implausible Facts about US Manufacturing

We keep hearing that American manufacturing is dead. That it's languishing rather than flourishing. Is this really the truth? No! Despite economic ups and downs, our country has always rallied around manufacturing and successfully supported the sector. It's not dead.

What are we doing right? Understanding target markets, demand generation and promotion of capabilities leads us from from "lame to fame." Increased exposure and a better understanding produces revenue, and we all know that growth equals job creation. 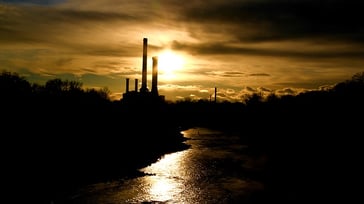 Manufacturers need to rise up and proudly market what you do. This includes:

We are American manufacturing.

2. For every $1.00 spent in manufacturing, another $1.89 is added to the economy. That is the highest multiplier effect of any economic sector.

3. The vast majority of manufacturing firms in the United States are quite small. In the most recent data, there were 251,774 firms in the manufacturing sector, with all but 3,813 firms considered to be small. Three-quarters of these firms have fewer than 20 employees. Let’s hear it for the little guys!

5. In 2017, the average manufacturing worker in the United States earned $84,832 annually, including pay and benefits. The average worker in all industries earned $66,847.

6. Manufacturing supports an estimated 12.75 million jobs in the United States, about one in six private-sector jobs. Manufacturers have experienced tremendous growth over the past few decades, making them more “lean” and helping them become more competitive globally.

7. Over the next decade, nearly 3.5 million manufacturing jobs will likely be needed, and 2 million are expected to go unfilled due to the skills gap. Moreover, according to a recent report, 80 percent of manufacturers report a moderate or serious shortage of qualified applicants for skilled and highly skilled production positions.

As you can see, American manufacturing is far from dead.

Small Steps Add Up to Leaps – An Inbound Success Story